Digital Media Design students at Bridgwater & Taunton College have impressed local businesses with their entrepreneurial approach to their industry placement programme launched this year. Many local businesses are using digital media content to capture a wider audience and have chosen to work with BTC to explore how this can be achieved. There are a diverse range of businesses approaching the College from all over the country including local companies such as Red Berry Recruitment, Fuse Entertainment, Learn 2 Live and The Arts Centre and national names such as Sustrans and Hamilton-Brown Creative Design Agency.

Darren Honeywill, Digital Media Design Course Leader, said, “These are not only huge opportunities for the students but also for the businesses helping them to strengthen their role in the wider community and support students in a new, exciting and productive way.”

Charlotte, Leah and Phoebe have been working with Red Berry Recruitment for several months on photoshoots and short films to explore the diversity within the company. 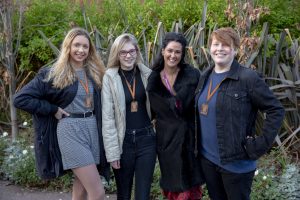 The girls said, “It started as simply taking photos of the breakfast networking event, and then we got to meet more people that needed digital content for their business.”

Helen Lacey, Managing Director of Red Berry Recruitment says, “The students have taken the brief we gave them really well and have really shown initiative, it’s a 7am start and they always turn up with smiles on their faces.”

Avon and Somerset Police have recruited four students to re-imagine the Learn2Live programme for educational institutions across the South West. Edward, Olivia, Mel and Max were initially recruited to work on an existing road safety film but based on the quality of their work were approached to re-imagine the entire programme. 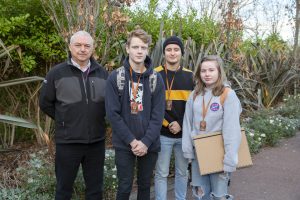 Neil Sedgwick from the Road Safety team said, “The team have embraced the task professionally and produced concise story boards and plans for the film. Initial footage has been well put together and we look forward to working with them when filming the final scenes.”

FUSE Entertainment set the brief of re-imagining an interactive Portal for the Quayside Festival with a range of Apps, Website, logos and designs. Sally Mann from FUSE Entertainment said, “The students have done extremely well presenting their proposal, produced a schedule, audience survey and template for the App.” 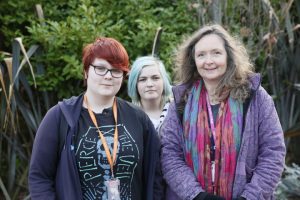 The Quayside Festival is on Saturday 20 July 2019 from 11am to 5pm. The free festival celebrates Bridgwater’s roots as a historic riverside port and Sedgemoor’s culture and diversity.

Zara Coney from Hamilton-Brown Creative Design Agency in London was previously a student at Bridgwater & Taunton College and has gone on to become hugely successful in the design industry working for a company that produces content for wide range of recognisable brands. 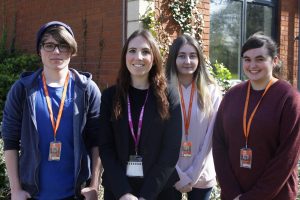 Zara said, “I have, in partnership with the award-winning charity Eikon, set a brief on behalf of my employer Hamilton-Brown to three students: Tobias, Sam and Holly. Their task has been to create and design a poster in InDesign (a programme they have since learnt) based on the charity’s core values. Their professionalism and dedication throughout the project has been outstanding, I have been impressed by the communication from the students and they have developed well over the past couple of months – they would not have this industry insight without the College’s support.”

Darren Honeywill said, “Our Digital Media Design course is going from strength to strength and we are now providing something that is highly sought after within Somerset. This is providing real life experiences for our students and great opportunities for employers as well as building strong community-minded approaches for our future students on this course.”

Find out more and apply for the Digital Media Design Level 3 Diploma here.

Latest UCS and Art for Life project at Musgrove