Despite months of travel restrictions and a relentless series of lockdowns, students have still been able to participate in international Erasmus+ activities thanks to modern technology and the use of Microsoft Teams. Five high-flyers from the A-Level Honours Academy— Joseph Pittard, Imogen Kennard, Chloe Smith, Tabitha Weatherburn and Aliye Enver— took part in three virtual sessions for the Erasmus+ KA2 Entrepreneurship in Europe (EEE) project between 20 February and 13 March. 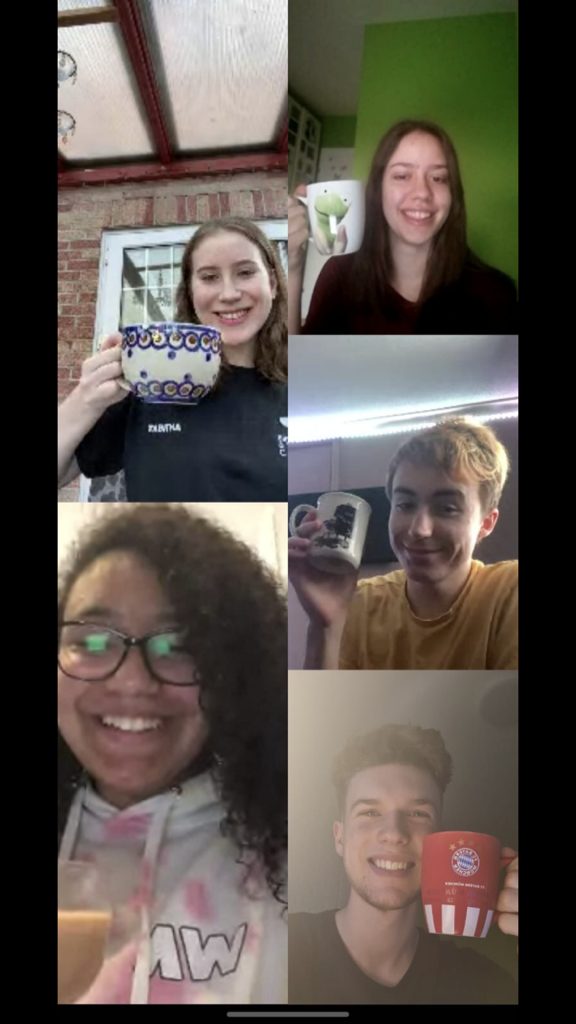 Working with students from Malta and Austria, the group attended virtual conferences over several weekends, with sessions running from 8 am until 11 am on Saturday mornings. They also met with their project teams during the week, dedicating even more of their time to the project outside of college hours. The aim of the meetings was to give the group the chance to build relationships with other like-minded students in Europe and to share, understand, and connect with each other’s cultures.

The project activities were deliberately facilitated within the context of entrepreneurship and business so that the students could also gain an insight into an entirely new subject area. Split into three teams, the students were assigned the task of creating a hypothetical business, designing a new product for their business to sell, and drawing up a business plan for the company. Conducting market research was an essential first step before they could move on to the following stages.

In their final session together, the groups pitched their ideas to each other. The first group, called Tea Time, created environmentally friendly tea bags. The second group, Coffee Identity, created a coffee machine that could be programmed to produce your favourite coffee, every time. The final group, SlimThicc, came up with the idea of diet-friendly doughnuts. After discussing all of their food-based products, the students were left feeling rather hungry!

The BTC students involved with the EEE project had an incredibly positive experience. Joseph commented:

Personally, I thought it really benefitted me as it made me think about business, something which I had no experience in, and allowed me to learn how to be successful/what goes into it, with other, new, yet similar people – which will benefit me in anything I do in the future!

I enjoyed participating in this Erasmus+ activity as I loved meeting new people during a time when such a thing is so difficult. It gave me something other than my A-Level subjects to think about and it was a great challenge!

I enjoyed it because it gave me an opportunity to speak to people from around the world and gave me a new perspective.

Participating in international learning activities through Erasmus+ provides students with a chance to improve their communication skills, boost their confidence and develop themselves personally. If you would like more information about the Erasmus+ programme, click here.