The Walled Gardens of Cannington was first established almost 900 years ago. The buildings and gardens have a very long history and have always played an important part in the life of the local community. 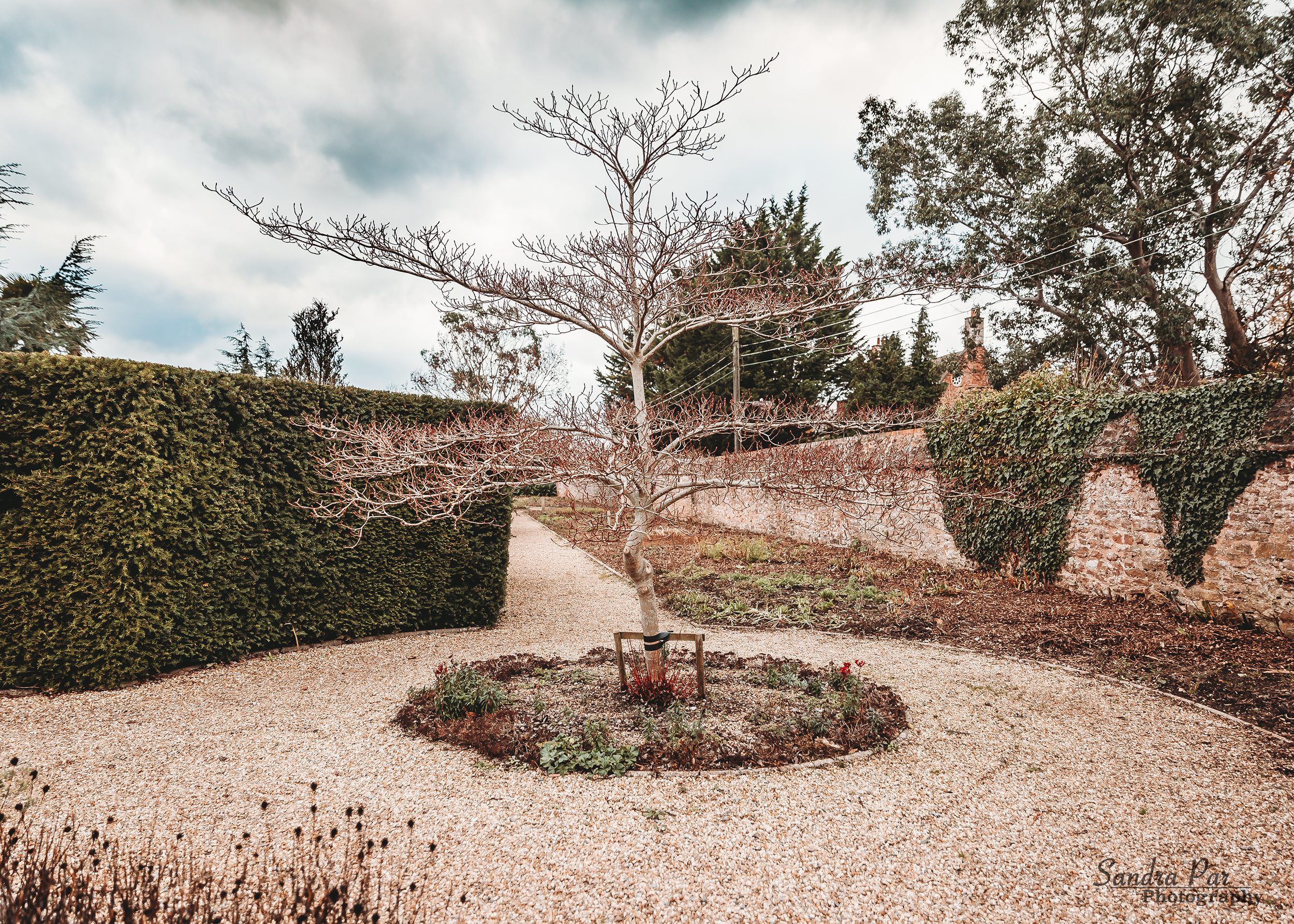 Cannington Priory (later Cannington Court) was first established in about 1138 by the De Courcy family – lords of nearby Stogursey. The manor and church was given by Robert De Courcy as the main endowment for a house of Benedictine nuns. The Priory was home to the daughters of many of Somerset’s leading families. The buildings and gardens have a very long history and have always played an important part in the life of the local community.

In the 14th Century there is some evidence of the start of corruption in the Priory. An inquiry in 1328, looked into the illicit wanderings of monks and nuns! It is said that there is a network of tunnels leading from Cannington Court to various spots in the village, which enabled the monks and nuns to meet in secret. Premises staff at Cannington Centre have identified what appears to be the caved-in remains of a tunnel entrance which seems to suggest a tunnel running beneath the formal lawns in the Walled Garden. The iron bound gates to be found at the entrance to Cannington Court are said to have been erected to keep the nuns in!

Over the years many local stories have survived concerning ghostly visitations by nuns in Cannington Court. Indeed staff and students, past and present, have anecdotes to tell concerning sightings of nuns – always seen only from the ankle upwards – apparently due to the changes in floor levels since they actually trod the corridors!

In 1536 the Nunnery was dissolved and the Court was held by Edward Rogers, a Member of Parliament for Somerset. In 1672, Charles II granted Cannington to Lord Clifford of Chudleigh. By the time the fourth Lord Clifford held the estate it was allowed to fall into disrepair, but was later restored by the fifth Lord Clifford.

In 1807, the Court became home once again to a community of Benedictine nuns, this time not the daughters of wealthy Somerset families, but nuns expelled from France.

After about thirty years the House was turned into a Roman Catholic industrial school for boys, which closed in 1917 and was removed to Bath and re-named Prior Park Industrial School.

In 1919 the tenth Lord Clifford granted the lease of Cannington Court to Somerset County Council. The house and buildings were adapted for Somerset College of Agriculture and Horticulture, known as Somerset Farm Institute. The successor to the institute was Canning

ton College, which became nationally known for its provision of Land-based education.

In 2004, Cannington College merged with Bridgwater College. Since the merger there has been significant investment in facilities and equipment, including the redevelopment of the Walled Gardens.

As well as ensuring the continuation of a garden on this historic site, the Gardens provide a dynamic learning environment for students, as well as an area of real beauty and interest for visitors. We have every confidence that they will continue to evolve and will prove to be a place that visitors will look forward to returning to time and time again.In 2009, the Walled Gardens were officially opened by HRH the Earl of Wessex, Prince Edward and have also achieved the accreditation of Quality Assured Visitor Attraction from VisitEngland.

In 2015, the Walled Gardens benefited from the adjoining Cannington Court refurbishments, in a multi-million pound investment by EDF Energy. The completion of these works see a new chapter in the life of this historically significant building and The Walled Gardens of Cannington, giving a stunning new access route to the Garden, and improved parking for our visitors.

Next Events See all events...

Horticulture students create a Seasonal Jubilee Celebration in The Walled Garden of Cannington.